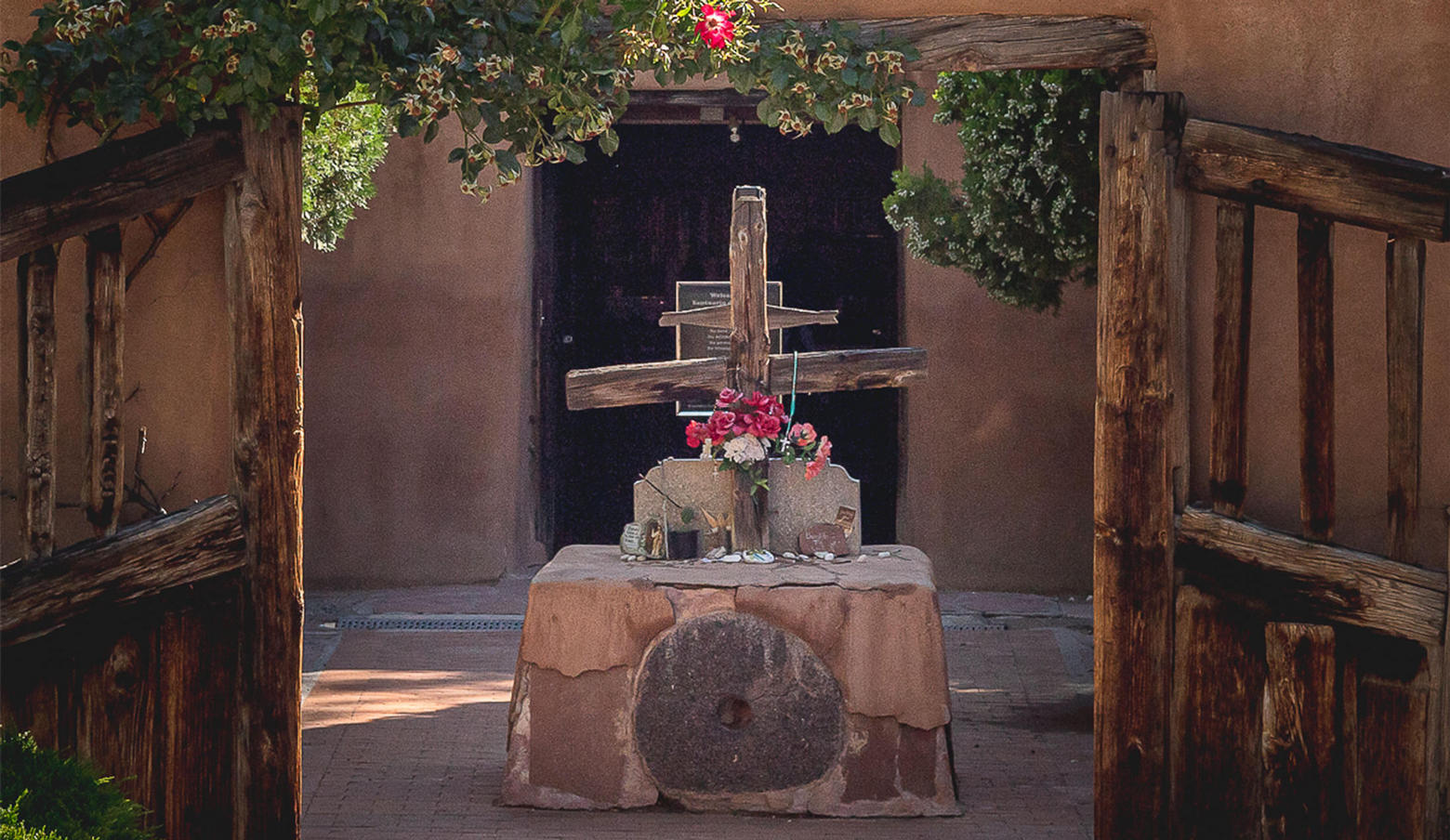 Northern New Mexico's Catholic spiritual tradition arises from the Spanish saying, “Tiene uno que sufrir para merecer,” or “One must suffer to be worthy.” Chimayó is a prime example of this New Mexico spirit, which manifests in both private and public places throughout the community. 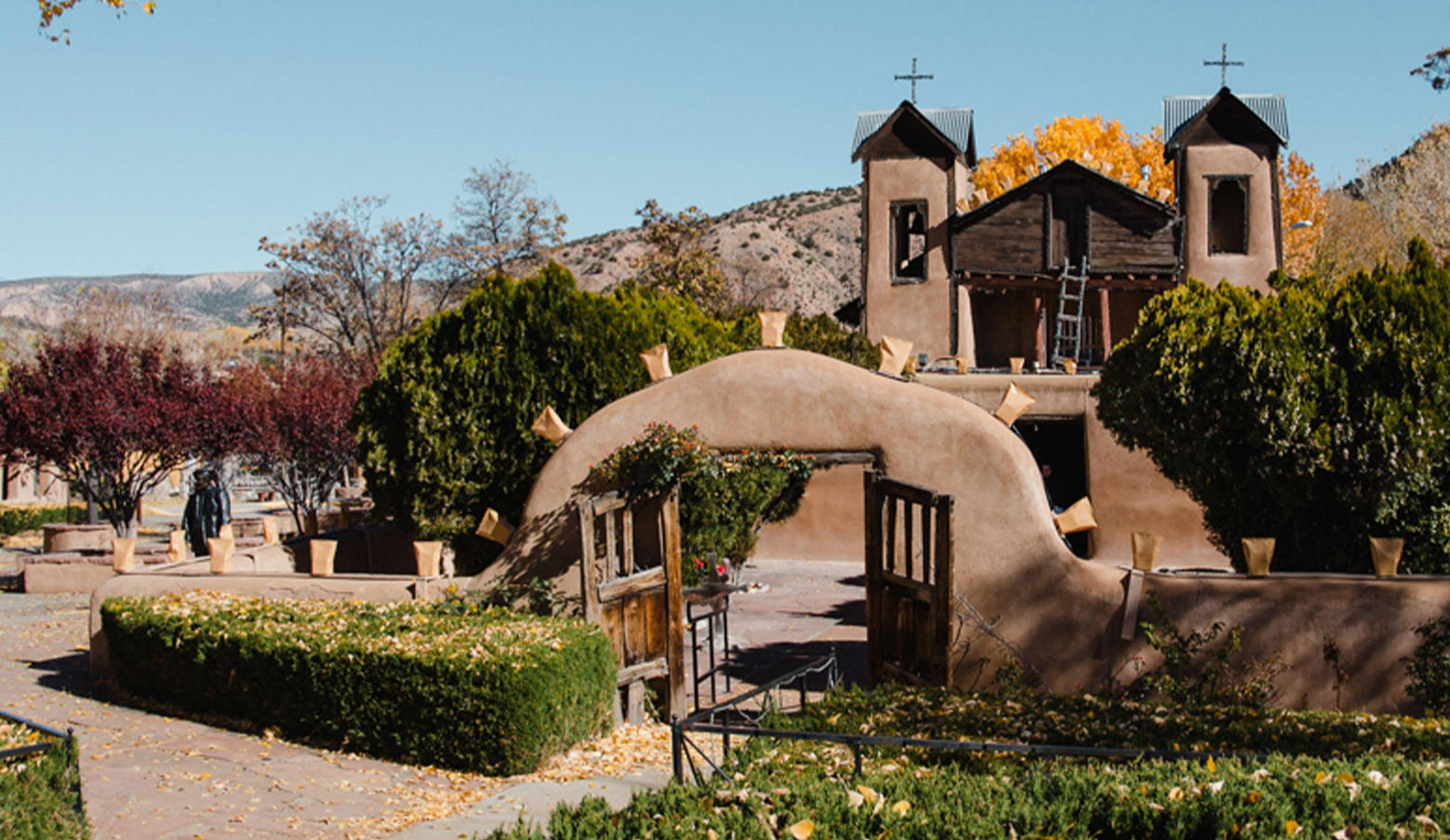 New Mexico spirits, as well as those who arrive from afar on spiritual retreats in New Mexico, are rejuvenated here, where the Santuario de Chimayó's holy dirt works healing miracles every day. Each year, thousands make pilgrimage to Chimayó, the “Lourdes of America,” entreating Nuestro Señor de Esquipulas (Our Lord of Esquipulas) with prayers to alleviate their suffering from both minor and serious illnesses. The tiny shrine, which is dedicated to the legendary and miraculous return of a crucifix found by Bernardo de Abeyta in the early 1800s, features a small pit of sacred soil which is said to have curative powers. 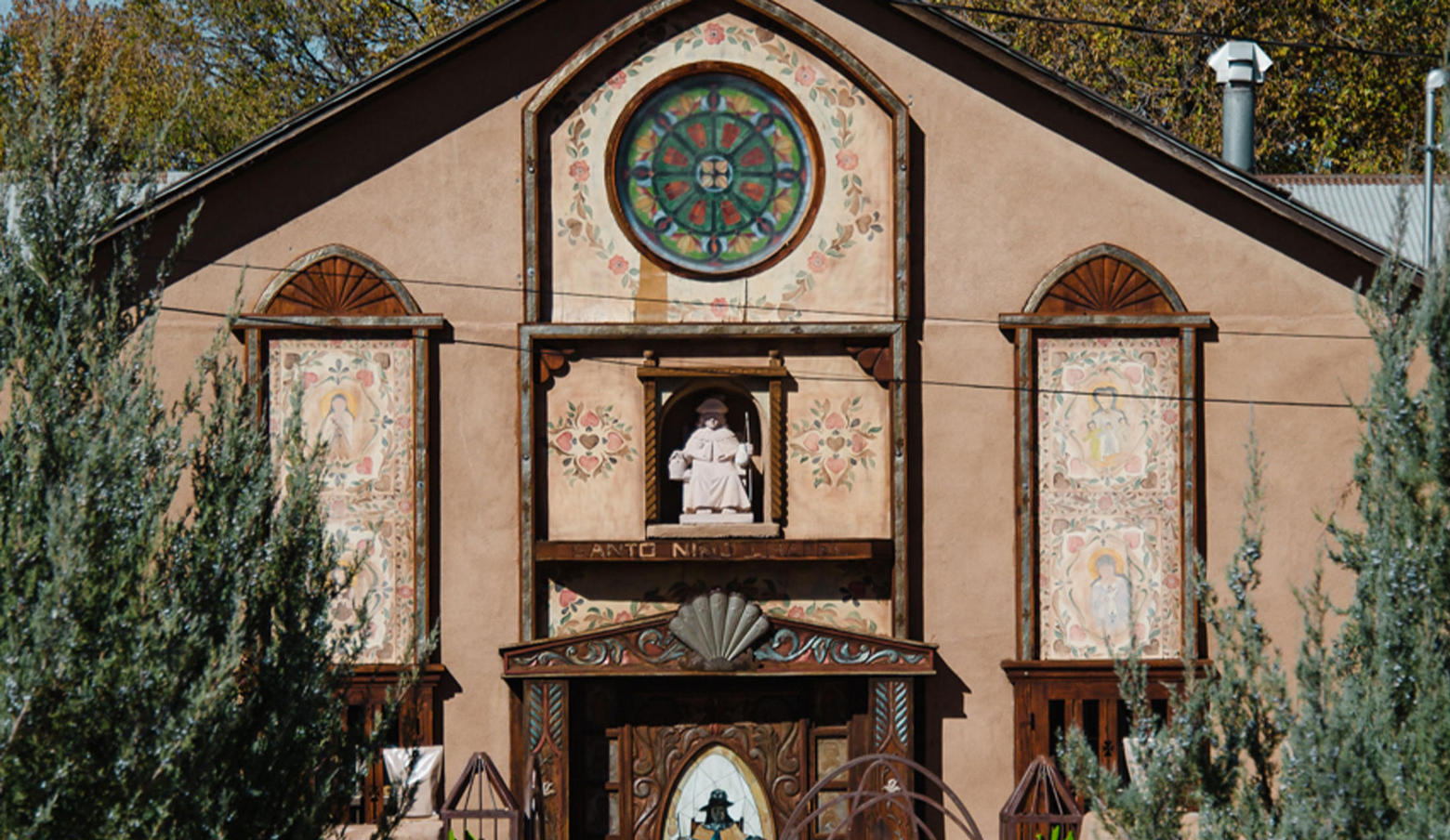 Steps away from the Santuario de Chimayó sits the Shrine of Santo Niño de Atocha, also built in 1856 by Abeyta, who was one of the founders of the New Mexico Penitente Brotherhood. Even today, tens of thousands of individuals of every faith and lifestyle make a pilgramimage to Chimayó during Holy Week, walking along roadways and highways toward the community. 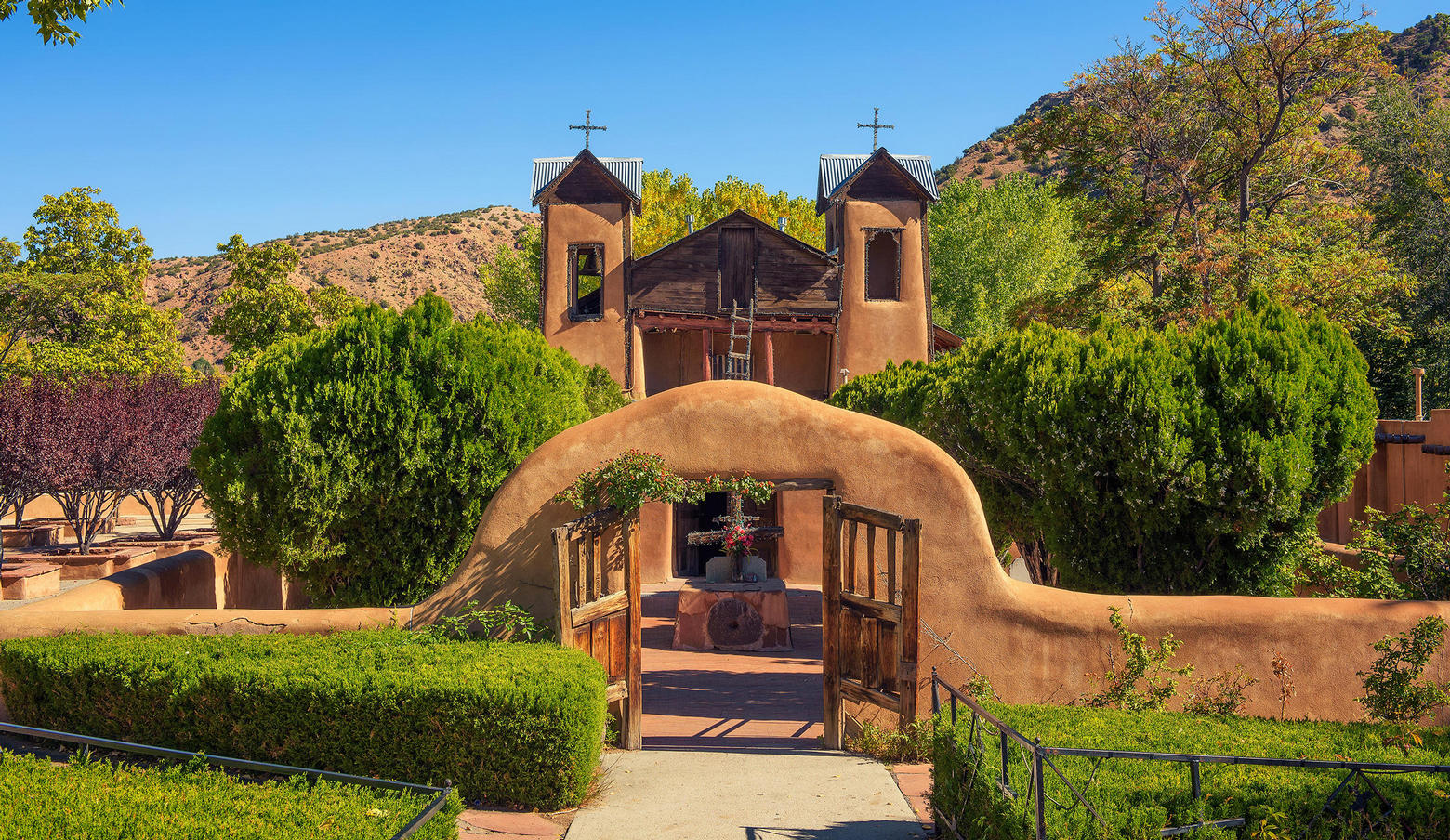 On the west side of the Plaza del Cerro (Old Plaza) near the Santuario is the small chapel constructed by Abeyta's son-in-law, Pedro Ortega, in the early 1800s. Originally built for family use, the Oratorio de San Buenaventura, or simply the Oratorio, quickly became a community treasure and alternative worship site for local residents. Acquired by the Archdiocese of Santa Fe in 1963, and lovingly restored 30 years later, the Oratorio features a new bell, elegantly simple altar screens, and chandeliers which were the pattern for the Hotel Chimayó de Santa Fe's guest room light fixtures.